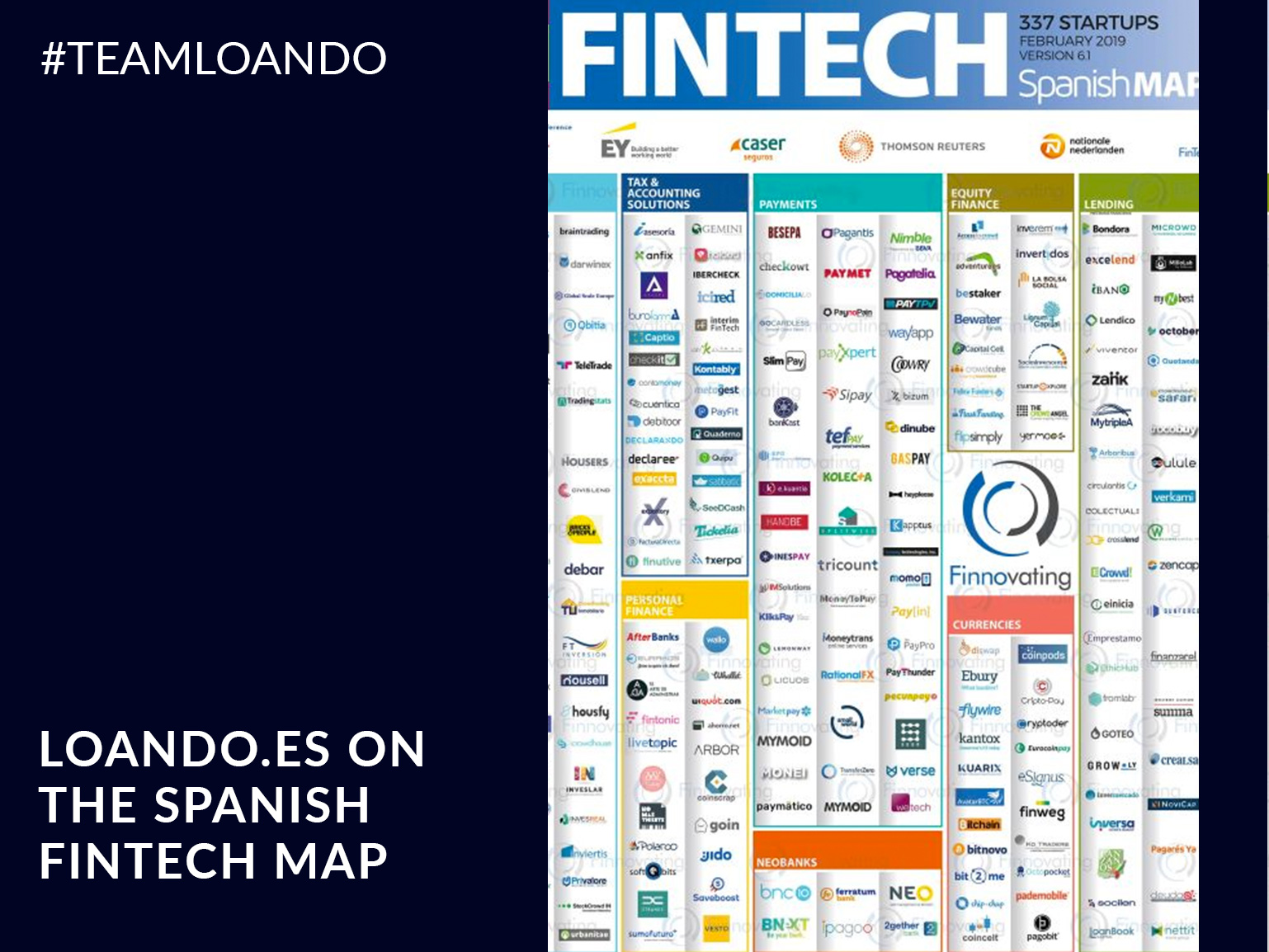 Loando.es on the Spanish fintech map

Spain is one of the most dynamically developing markets when it comes to innovative financial products. The competition here is constantly growing. Loando.es, loan comparison partner which is part of LOANDO Group, now joins the Spanish group of fintech innovations. This is the 6th country in Europe, where LOANDO Group is present.

The expansion into foreign markets is another necessary step in the development of any organisation. LOANDO Group has decided to take the next step in its conquest of the European financial sector. Spain has just joined the group of 5 other European countries where there is already a comparison engine belonging to the Polish group. After positive verification and the achievement of the so-called “break-even point,” LOANDO Group has announced further investments and development of the Spanish project called loando.es.

Tymon Zastrzeżyński, LOANDO Group Co-founder&CEO, commented for fintek.pl: “Foreign expansion is one of the key topics for us in the coming year. We are developing our projects simultaneously in Poland, Spain, Russia, Ukraine and the Czech Republic. There are more countries in our plans and we will keep you posted about them. We are also investing heavily in human capital and gaining the best experts in the field of international project development.”

Thus, loando.es appeared on the Spanish fintech map, i.e. the list of 337 financial start-ups operating in Spain. Loando.es was listed in the “Financial Products Distribution” section.