Joanna has been a part of LOANDO Group since August 2017. Finding a job after a long break was a big challenge, as she says herself. However, Joanna quickly became a member of the Call Centre team and soon after that – she became the head of the team.

I started working for the LOANDO Group Call Centre in the position of sales consultant in August 2017. Finding a job at the age of 40 after a long career break turned out to be quite a challenge, but it quickly became clear that working for LOANDO Group would entail many new professional challenges for me.

In October 2017, I became senior sales specialist. As part of my job in this position I was training new employees and maintaining contacts with lenders.

A big career change happened less than half a year later. In March 2018, the Management Board decided to terminate the contract with the Call Centre’s Manager. I was offered a new position at that time and that’s how, at the end of April 2018, I officially became the Call Centre’s new Manager. My responsibilities include managing a team of consultants, achieving sales targets, cooperating with loan companies, introducing new products for sale, training employees as well as carrying out trainings for external partners who want to start cooperating with our Call Centre.

In March 2019, LOANDO Group launched a new insurance project called “Ocenapolis,” and I was the one who got the offer to lead this project. Here, I also supervise the consultants’ work performance.

In my private life, I am a mother of three teenagers. I like classical music. I also love to cook and feed others. I practice yoga to relax. I have a law degree – I graduated from the Nicolaus Copernicus University in Toruń. 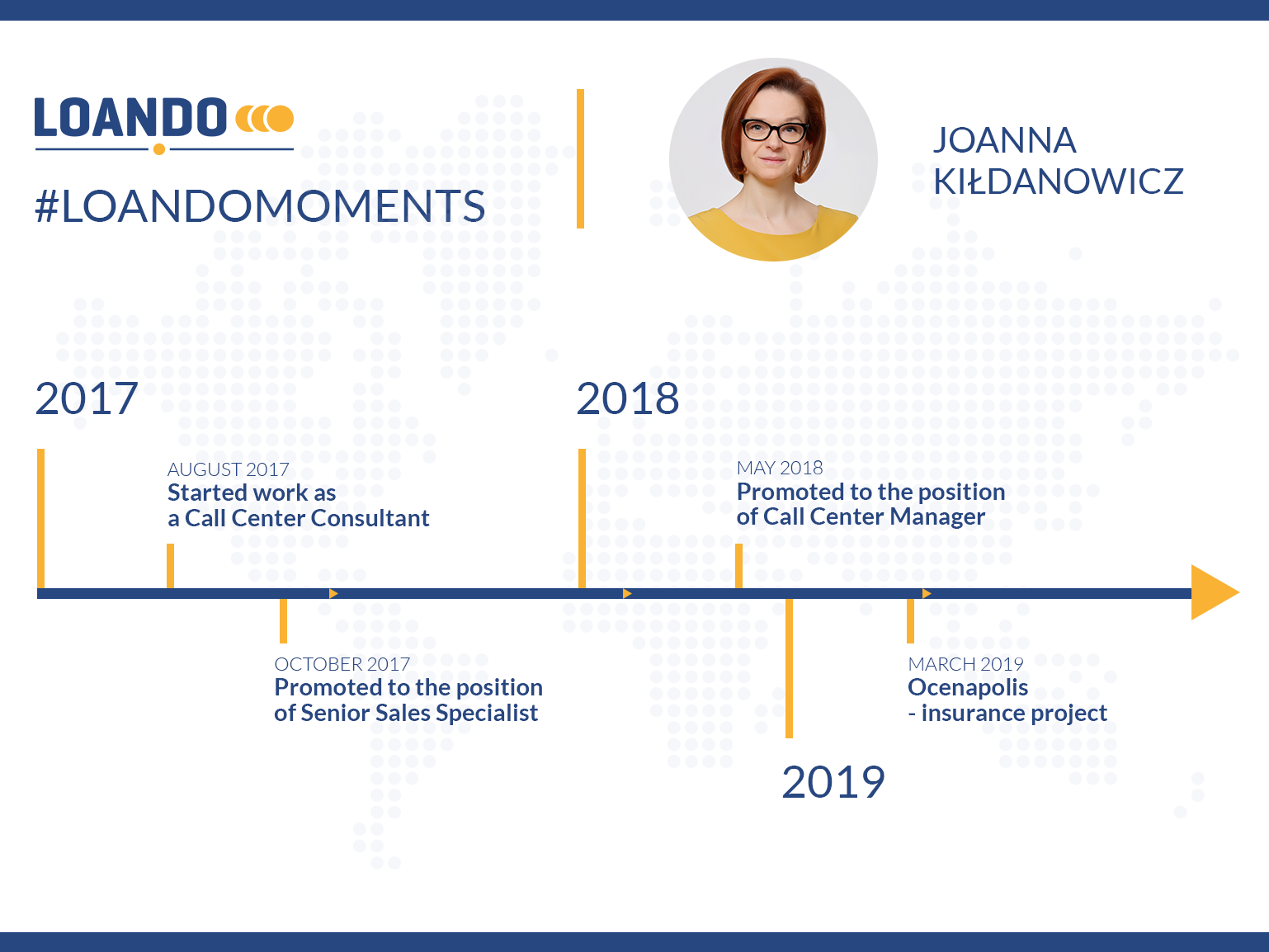