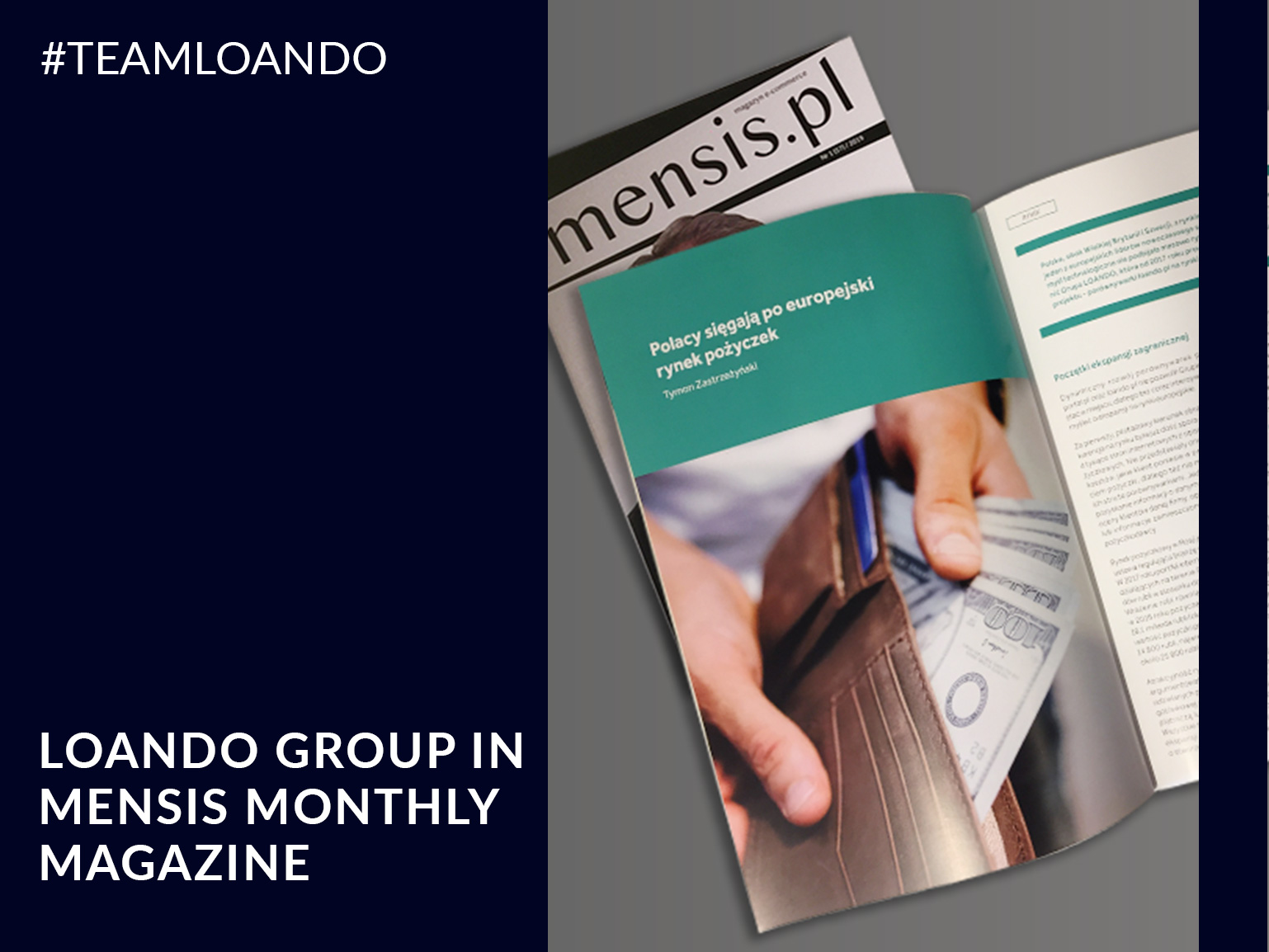 LOANDO Group is constantly striving to develop. The proof of this is the intensive expansion into foreign markets of the leading project of the group, i.e. the comparison website loando.pl. Currently, the comparison engine operates in such countries as Russia, Ukraine, Spain, the Czech Republic and Romania. LOANDO Group discussed entering the European market and future development plans in the latest issue of the Mensis magazine.

Since 2007, LOANDO Group has been consistently implementing the plan of expansion into foreign markets. Having recognised the deficiencies of European loan systems, the creators of the loando.pl comparison platform decided to fix the existing market failures. You can read the whole article on the development of LOANDO Group in Europe in the latest issue of the Mensis magazine.

Tymon Zastrzeżyński, LOANDO Group CEO&Co-founder, commented: “The dynamic development of both our comparison engines in Poland did not let us stand still. That’s why we started to think more and more about expansion into European markets. We chose Russia as our pilot country. Despite quite high competition on the local market, the only way to obtain information about a given lender were the company’s client reviews, opinions from friends or information posted on the lender’s official website. So, we found our niche, which we could manage, and check how the Russian market would react to the new product – loando.ru. Despite the experience gained, entering the remaining markets was not easier. Each market operates namely based on its own rules and regulations.”