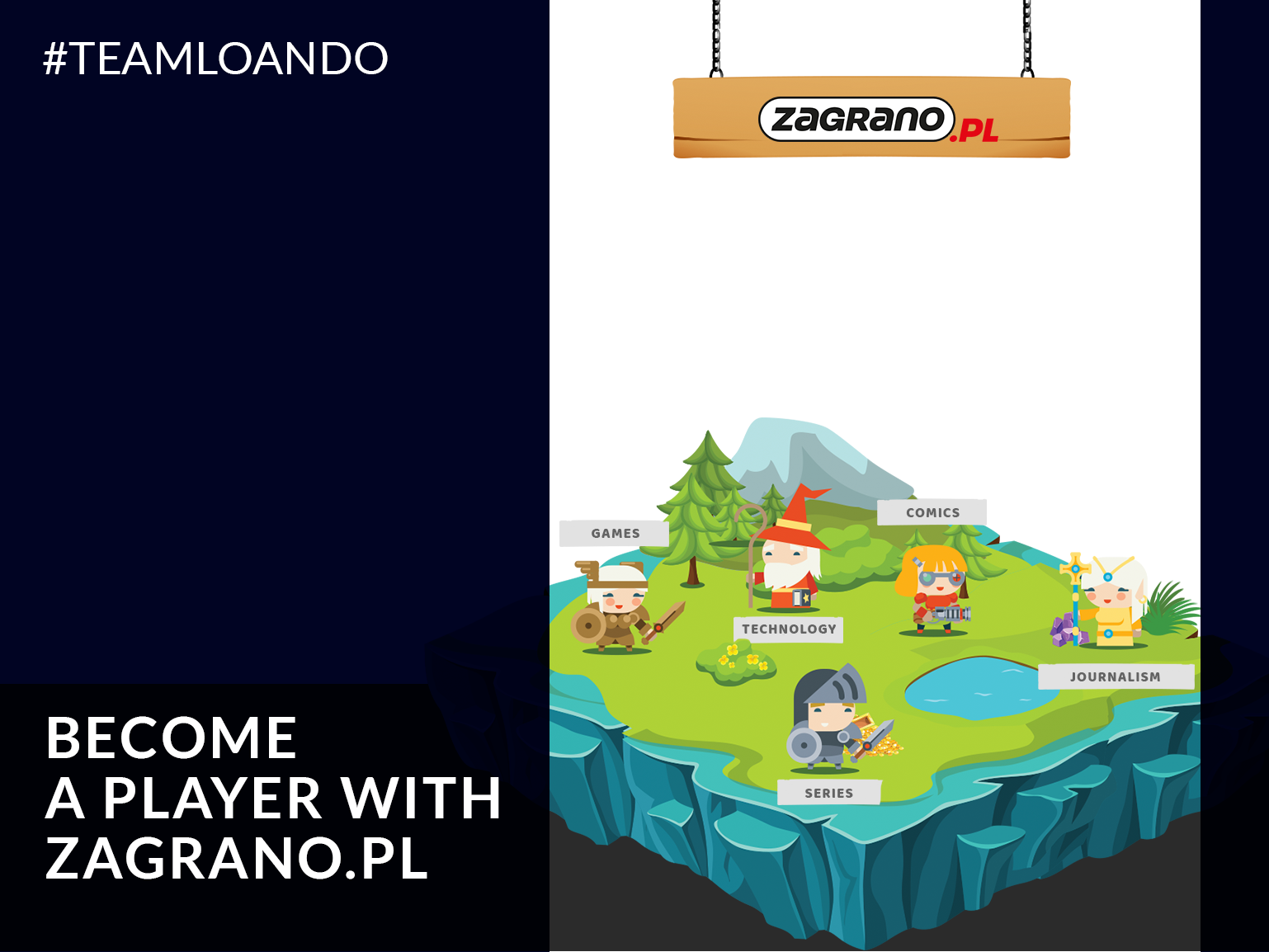 New quality in the gaming world – Zagrano.pl is another project by LOANDO Group

The gamers community in Poland is very numerous. According to the data provided by the Polish Gamers Observatory of the Krakow Technology Park and IQS, it amounts to 79% of our countrymen. The new project of LOANDO Group, Zagrano.pl, is directed to this group of people. We present a website for all the fans of games, comics and series, who don’t avoid interesting analyses and journalistic texts.

Not only for nerds

Zagrano.pl is a proposal for mainly mature gamers, whose aim is not only pure entertainment, but they consider games to be products full of popular culture references. On the website, apart from the reviews of the latest items on PCs and consoles, you will also find information from the world of comics and series.

Through our website, we would like to draw the attention of fans of games to other products of popular culture, so that Zagrano.pl is their first choice when seeking advice and navigating through so many new releases. Of course, all new releases are being tested on an ongoing basis!

Michał Krawiel is responsible for the project. He has been a part of LOANDO Group since October 2017. As the editor-in-chief of Zagrano.pl, he made his debut in July 2018. Since then, he has combined the work of Account Manager at Affiliate 44 with the function of the editor-in-chief of the brand-new website. Gaming has been a part of his life for years. He’s a fan of PlayStation and American comics. In the past, he published texts in Krytyka Polityczna and the Rita Baum magazine. He was also the publisher of the online service of Gazeta Olsztyńska.

“The chance to create from scratch a new website dealing with pop culture is a challenge which excites me from the very first conversation on the concept of creating Zagrano” says Michał Karwiel. “I would like our website to be a place where, in addition to news and reviews, readers can find journalistic pieces that are interesting not only to avid gamers or comic books fans. That is why, cooperation with extremely interesting authors of the young generation is a key component of Zagrano” – adds the editor-in-chief.

An average Joe with a pad in his hands

The image of a typical gamer has made a U-turn in the recent years. First of all, you can notice a very large influx of women. According to studies, over half of the gaming community – over 51 per cent of the people playing games today – are women. Furthermore, according to the #jestemgraczem [EN: I am a gamer] study commissioned by SAPPHIRE technology, gamers are no longer alienated geeks. They participate more willingly in the cultural life than a statistical Pole. 85 percent of them go to the cinema and 72% of them read books for pleasure. What’s interesting, console fans are quite keen on physical activity. They can also brag about having a large group of friends and good family relationships.

“We saw great potential in e-sport and gaming, hence the decision to create the Zagrano.pl website. We want it to be a platform for gamers as well as fans of comics and series. We focus on valuable content and interesting authors. This is another important project in the portfolio of LOANDO Group” – says Maciej Suwik, Co-founder at LOANDO Group.

We want the Zagrano.pl website to fill a niche. Thus, the content that we publish is not only about new games releases. Editors and authors working with the website will try to present games, comics and series in a broader cultural context.