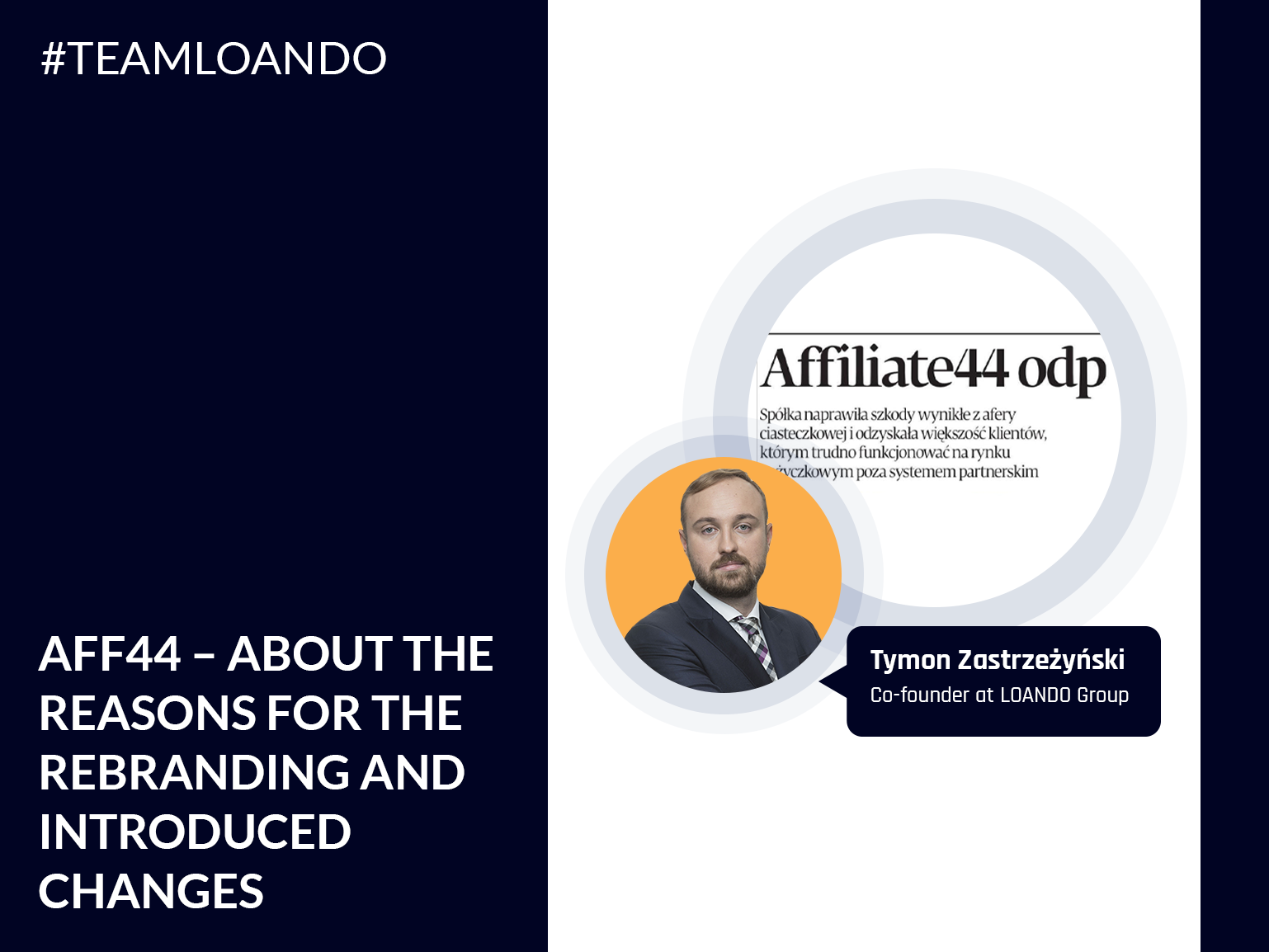 aff44 – what were the reasons for the rebranding and what changes were introduced?

aff44, affiliate network which is a part of LOANDO Group, has recently undergone rebranding, which was related not only to the visual identification of the network, but also to the way it is functioning. Puls Biznesu, a Polish daily newspaper devoted to business, published an extensive piece explaining the reasons for the changes. The publication also touches on the subject of the code of best practice of the affiliate market in Poland and legal regulations concerning financial service providers.

A number of changes in the functioning of the affiliate network resulted from the problem of the so-called cookie stuffing, which aff44 faced last year. After a thorough analysis, a series of personal changes and a rebranding that took six months, the network is back in a completely new and improved version.

Tymon Zastrzeżyński, LOANDO Group Co-founder, commented: We have carried out an internal audit to find the source of the problem. We reached agreement with the majority of the lending companies affected by this phenomenon. We compensated them for the losses and were able to resume cooperation. Since then, we have also enriched our offer with new products from loan companies and banks.

In the absence of legal regulations on the affiliate market and the lack of a code of best practice, aff44 network decided to seek legal advice regarding website tagging in order to eliminate any doubts.