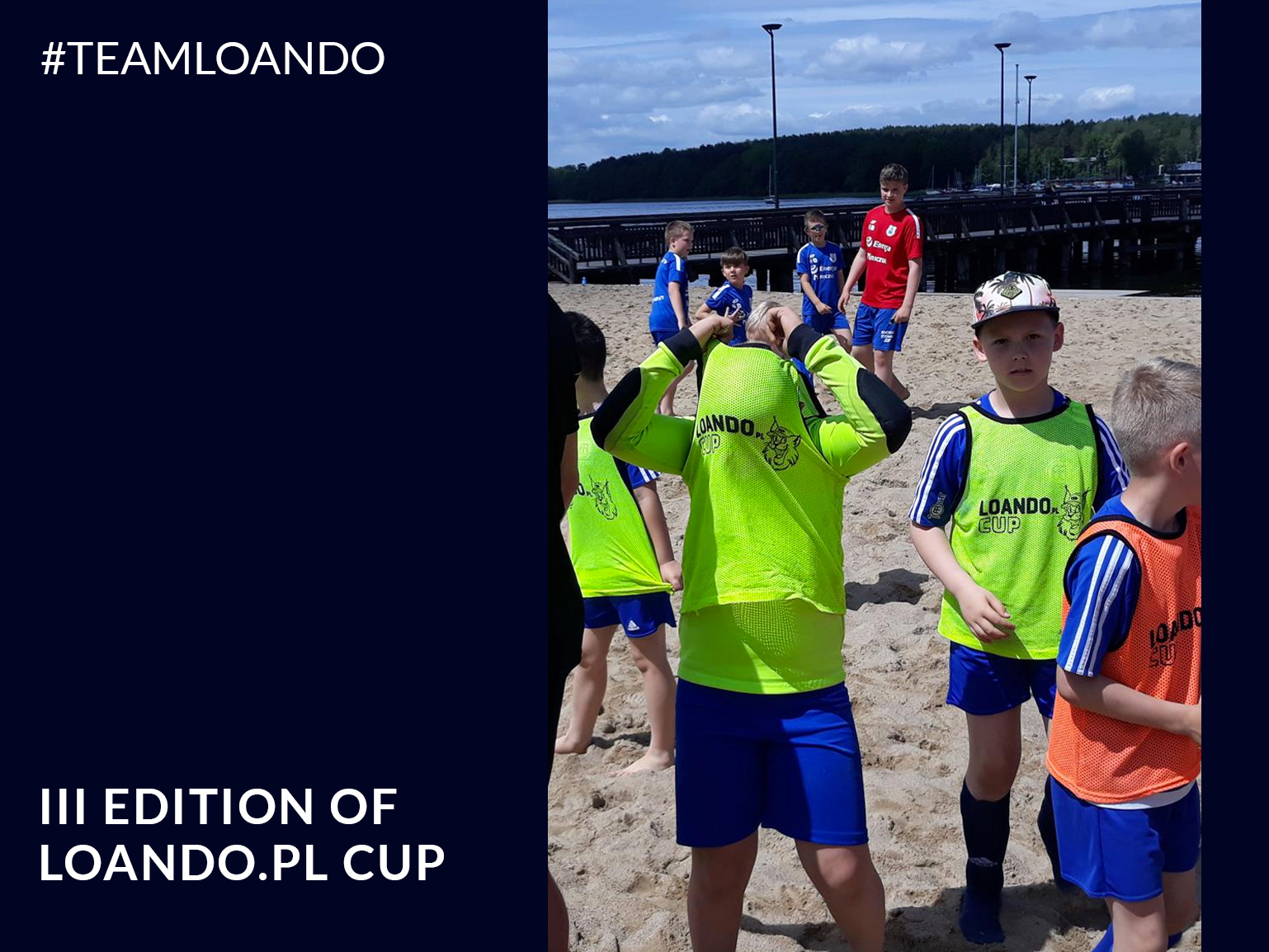 3rd edition of Loando.pl Cup is behind us

Loando.pl Cup is a cyclical beach football tournament. This year, the event took place for the 3rd time. On 1 June, six teams composed of players born in 2010-2011 met on the city beach in Olsztyn. Co-organiser of the tournament, Stomil Olsztyn Academy, invited two friendly clubs from Szczytno and Lidzbark Warmiński to participate in the tournament. For the third time, Loando.pl supported the event as titular sponsor.

As every year, the event was very popular among the residents of Olsztyn. Loando.pl supported the activities of the Stomil Academy in Olsztyn – apart from media promotion, the sponsor also funded prizes and medals for the winning teams. During the competition, the Loando.pl mascot was also present and was a great attraction during the breaks.

Robert Knothe, President of the Stomil Olsztyn Academy, commented: “We are glad that we can organise this tournament on a sandy field every year. Sponsor of the event, Loando.pl, has been supporting our activities for several years, adding their share to the development of young people training in Stomil. This year, it was not important who achieved which place in the ranking. It was all about fun on the pitch and we managed to achieve it. Such a beautiful day also attracted the residents of Olsztyn to the beach. They watched the struggles of our players on the pitch. Thanks to all the infrastructure on the beach we are able to organise such wonderful events.”