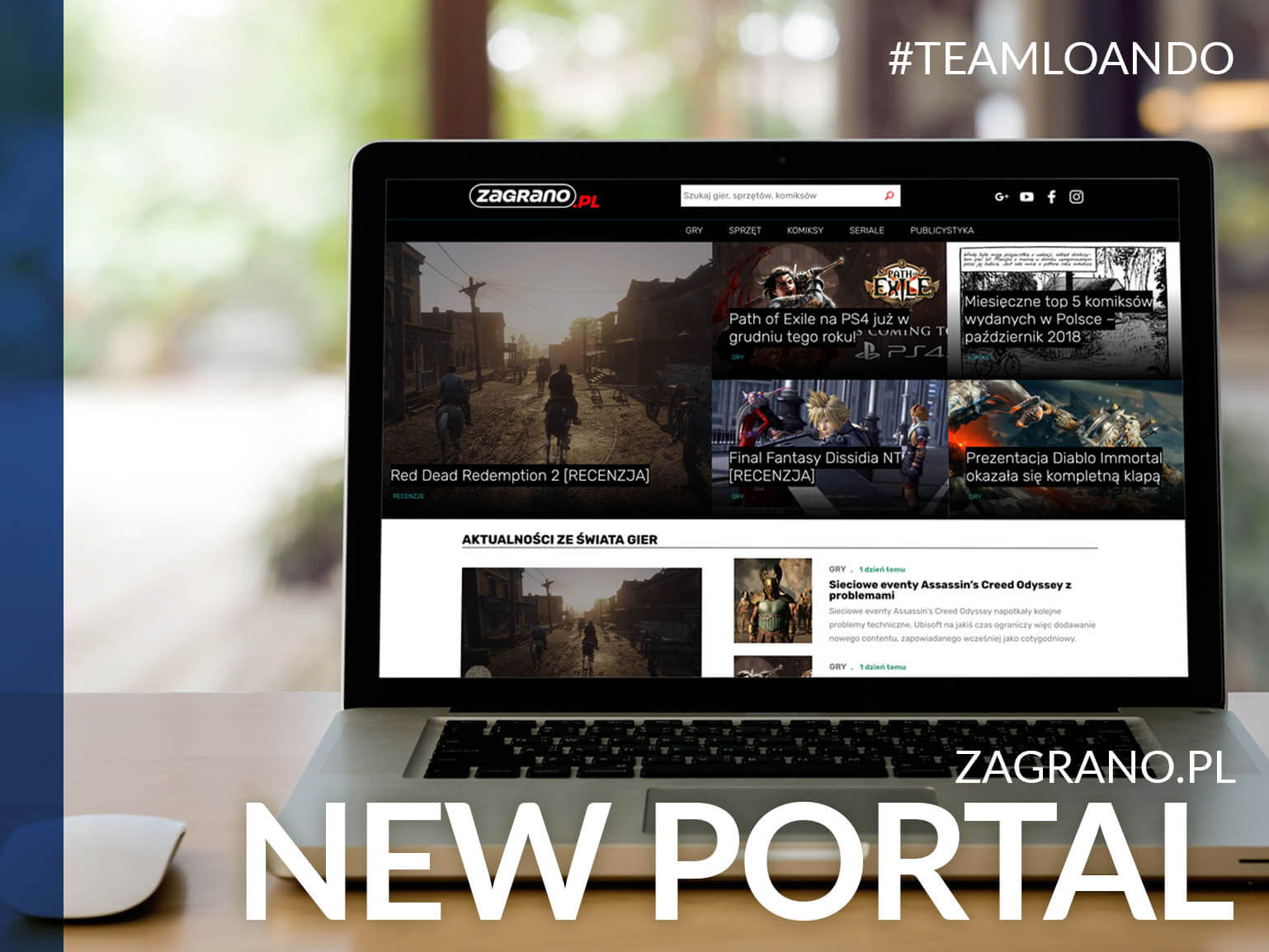 The LOANDO Group focuses on versatile development, which is why it can boast of another new project - the website www.zagrano.pl [EN: played.pl]. This is a website for mature players and fans of quality gameplay where you can find, among others, news from the world of games, reviews of the biggest productions and interviews with the developers. Zagrano.pl has just been launched, and the service has already started collaboration with the largest publishers on the market of games and comics!

Zagrano.pl is another project created by the LOANDO Group. It is meant to be a website for mature players and fans of quality entertainment. This is a place where anyone looking for knowledge about new technologies, news about games or reviews of the latest titles will find what they are looking for.

The project was based on the idea of several enthusiasts of consoles, board games, comics and quality TV series. The initiator was Michał Krawiel, editor-in-chief of the website. Together with Ewelina Zdancewicz-Pękala, deputy editor-in-chief, they are responsible for content planning as well as establishing and maintaining new collaborations. The website has its own permanent editors and collaborators creating unique content and reviews. The people we work with are experienced journalists and game enthusiasts.

What will you find on Zagrano.pl?

This does not mean, however, that the portal is focused only on these categories. Interviews referring to current situations and in-depth analyses of games or comic books are also published on Zagrano.pl. Website editors always try to find new and deeper meanings in every production. They do not base their opinions on the obvious, and when reviewing games they pay attention to all possible details.

The development plans for the site also include publishing video reviews.

Zagrano.pl has just started its activity and has already gained trust of the largest publishers. So far, the service has started cooperation with:

Zagrano.pl is constantly developing a network of publishers with whom it cooperates. Publishers and people interested in cooperation are welcome to contact us ([email protected]).

Loando group will take part in Fintech & e-commerce Linking Days – Łódź 2022 event. It’s a two-day meeting of industry representatives, who, thanks to...

Swedish Clar is the new owner of the Loando Group

The Swedish Clar Group, acting through the local company Akredo, acquired 100% of shares in the companies of the Loando Group and their projects, including...