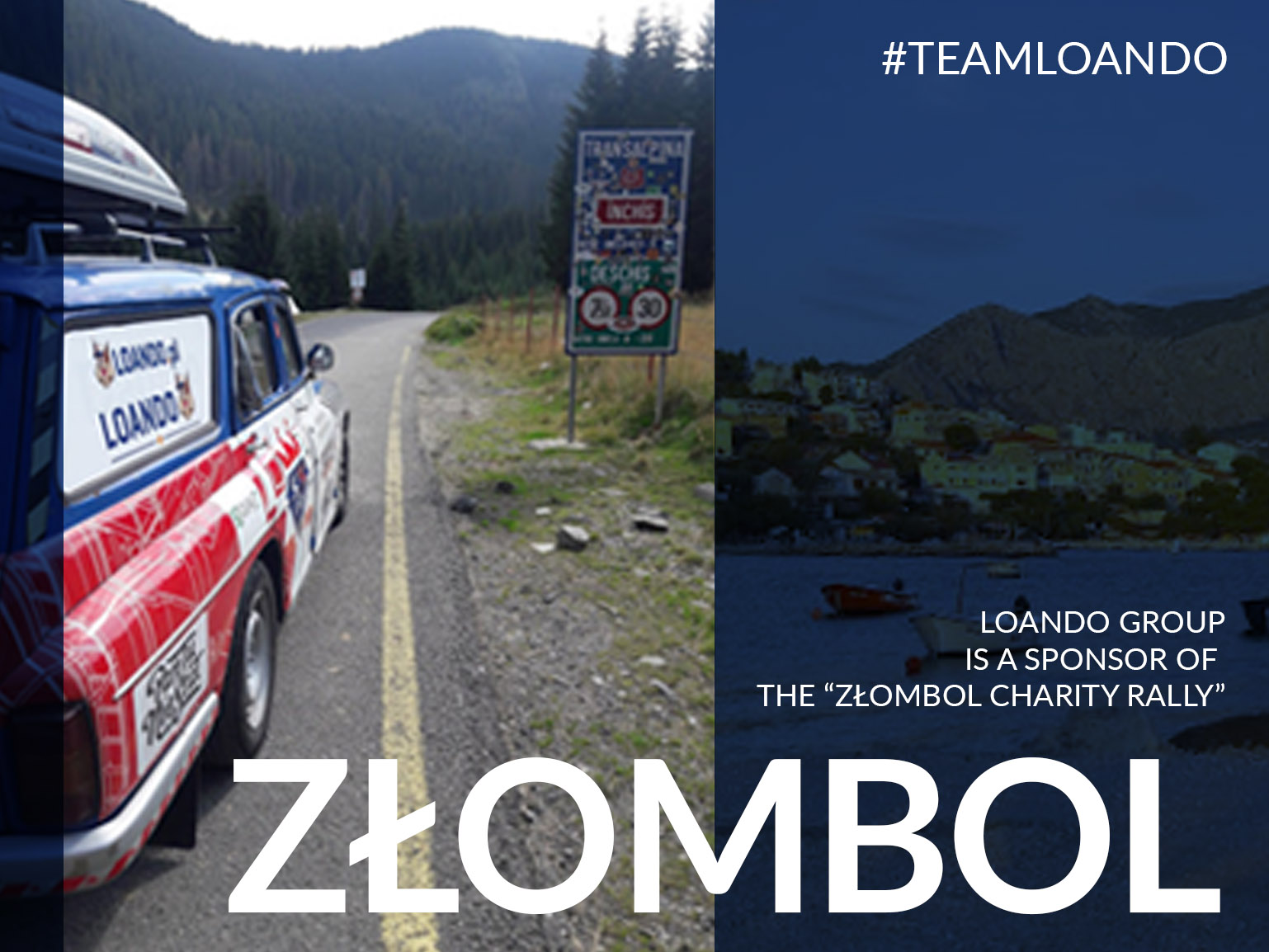 The LOANDO Group supports the team that participates in the Złombol rally. This is a charity car rally racing to collect money for children in orphanages. Participants must cover the route from Katowice to Sithonia Peninsula in Greece. Our colleague and copywriter of the LOANDO Group, Anita, is one of the competitors. This year's edition aims at collecting funds for children from orphanages.

The LOANDO Group participates in Złombol – a charity rally for children

Złombol is a charity rally of cars from the communist era. Its goal is to raise money for children in orphanages. The participants started the rally in Katowice on 1 September and their goal is the Sithonia Peninsula in Greece. The requirement for taking part in this extraordinary rally was to find donors who would support collecting funds for children from orphanages.

Thus, Złombol does not only bring unforgettable experiences to the participants, but above all, the help that is very much needed. The collected funds will finance school kits, trips and gifts for children. The funds collected do not only go for the needs of children – the participants also independently fund their start in Złombol. The money goes to the account of the Nasz Śląsk [EN: Our Silesia] foundation.

It is a traditional rally – every year a different route is chosen, but the idea of bringing help remains the same. It is important to note that the participants also bear the risk – Złombol is an extreme trip with no support from the organisers. Traditionally, the route is covered by vehicles coming from the communist era.

The Trash Team is supported by the LOANDO Group

Anita, a copywriter at the LOANDO Group, is also among the competitors. The company logo is visible on the car – an old Warszawa, which Anita took to the road. LOANDO Group is represented by the Dziadostwo Team [EN: Trash Team].

We are happy to support charity initiatives. This is an important part of our business, because we realise that at times help is necessary for other people. We wish a happy return to all participants of the Złombol rally and we are extremely proud of our copywriter, Anita!