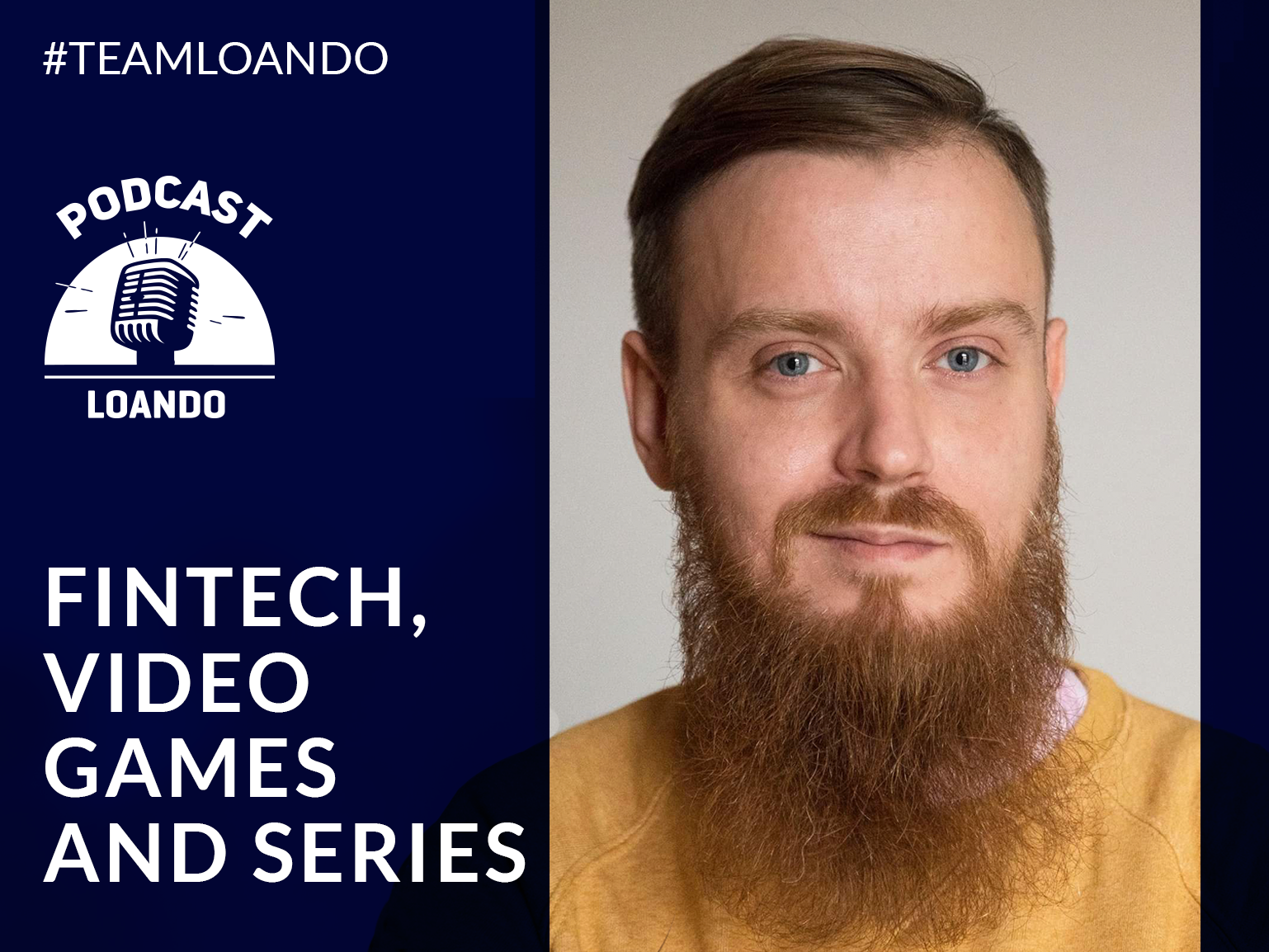 The Loando Podcast is about working in the largest fintech group in Poland. A series of episodes will allow you to get to know the employees of LOANDO Group - look behind the scenes of their daily duties. In our first episode, the interviewee was Michał Krawiel, who combines the position of account manager in LOANDO Group with the function of the editor-in-chief of Zagrano.pl. The interviewer was Paweł Łeszczyński.

I am very curious about where your interest in games came from?

It started very late, just before I got 30…

It’s never too late for games.…

Of course not. I think that my attitude back then was better. I started playing during my university studies so I already had the apparatus to analyse the culture that the games contained.

Tell us, what did you study?

Polish philology, so yeah…(laughter) I was able to compare with the world of computer games what I read in my studies. With the passage of time, the virtual world turned into a passion I started to make money with, when the idea appeared of writing about games in Gazeta Codzienna [EN: The Daily Paper].

Do you remember the title of the game that allowed you to find your own spot in the virtual world?

The Last of US seems to be such a title. It depicts a post-apocalyptic world and refers to Cormac McCarthy. This is the first game I played that has a “mature” story. In my opinion, the authors focused primarily on the relationships between characters. I completed all levels in 17 hours in just two attempts. The Witcher, a Polish production, also had a great impact on me. Computer games can be divided into those before and after The Witcher.

You mentioned that Zagrano is associated with games, but you must admit that there are quite distant associations between Loando and the gaming world. Maybe you would tell us how it happened that the financial group found a place for a portal about games, series and comics?

These two worlds are combined primarily by one very important element – the digital environment. The board’s openness to new ideas had certainly a big influence on the creation of Zagrano.pl. In addition, skills from our previous jobs, that both I and other employees of LOANDO Group have, proved useful. For 4 years I worked as a journalist, and for 1.5 years I was a publisher of a website. Skills acquired in these positions can be used in LOANDO Group.

So, the idea for the portal came from personal passions, from a hobby, right?

Yes, I can frankly say that this is a combination of both private and professional interests. Earlier, I dealt with game reviews in a printed newspaper, so I’m also able to do it on the portal. The idea for the Zagrano portal began with loose, casual conversations. After some time, everything started to take shape.

In that case, you managed to find some people within Loando that you took aboard Zagrano?

Definitely yes. Ewelina Zdancewicz-Pękała plays a very important role for the Zagrano.pl portal. She is a copywriter for LOANDO Group. Earlier, we worked together in Gazeta Olsztyńska. Thus, we know our skills and are able to communicate on the professional ground. I can say that Ewelina is an avid player. The texts are also created by Piotr Binkowski, who deals with affiliation in Affiliate44. We also entrust texts to people outside the company. We closely cooperate with LOANDO Group employees from the IT and SEO departments at Zagrano.

How do you manage to combine the responsibilities of an account manager in the affiliate network with those of an editor of a portal?

As the editor-in-chief of Zagrano, I try to write as little as possible. I focus on organising the work for others. So, I’m dealing with games and planning when the texts should appear. If I focused more on writing, I would probably need to work two jobs.

Computer games are a very complex subject. What are the plans for the development of Zagrano.pl portal in 2019?

Our main goal is to reach the awareness of as many recipients as possible.

And when did Zagrano started?

Officially, we started the portal in September 2018, but we started working on it in July last year. We want our activity on the Zagrano.pl portal to be associated by our readers with our reviews and other texts … To be specific, that the style of writing is closely linked to us … We would also like our texts to be diverse, so that everyone can find something interesting to them on the portal. We also want to start working with external reviewers who have the potential and are able to write. We are interested in cooperation with the gems of gaming journalism.

Are you preparing yourselves for long-term cooperation or are those only guest performances?

Of course, we have a permanent group of colleagues, but we do not close ourselves off to others. If someone who is willing to take up a job comes to me, it is my duty at the beginning to check how this person writes or how they can search for specific topics. They do not have to be people who are gaming fans. We also need other specialists.

Series are probably watched by everybody these days…

I think so, too. You can see a tendency that the gaming portals are also open to other things related to popular culture.

I would like to wish you good luck in the near future. Thanks for the interview. I would also like to thank the listeners for their time. The next episode will appear in 2 weeks. If you don’t want to miss it, follow our profile on LinkedIn and subscribe to our YouTube channel.

Michał Krawiel. Journalist, currently holding the position of account manager at Affiliate44 and editor-in-chief of Zagrano.pl. In LOANDO Group, he is responsible for overseeing Zagrano, which is addressed to mature players, but also to recipients of popular culture. Privately, he’s a fan of computer games and a comic book lover.