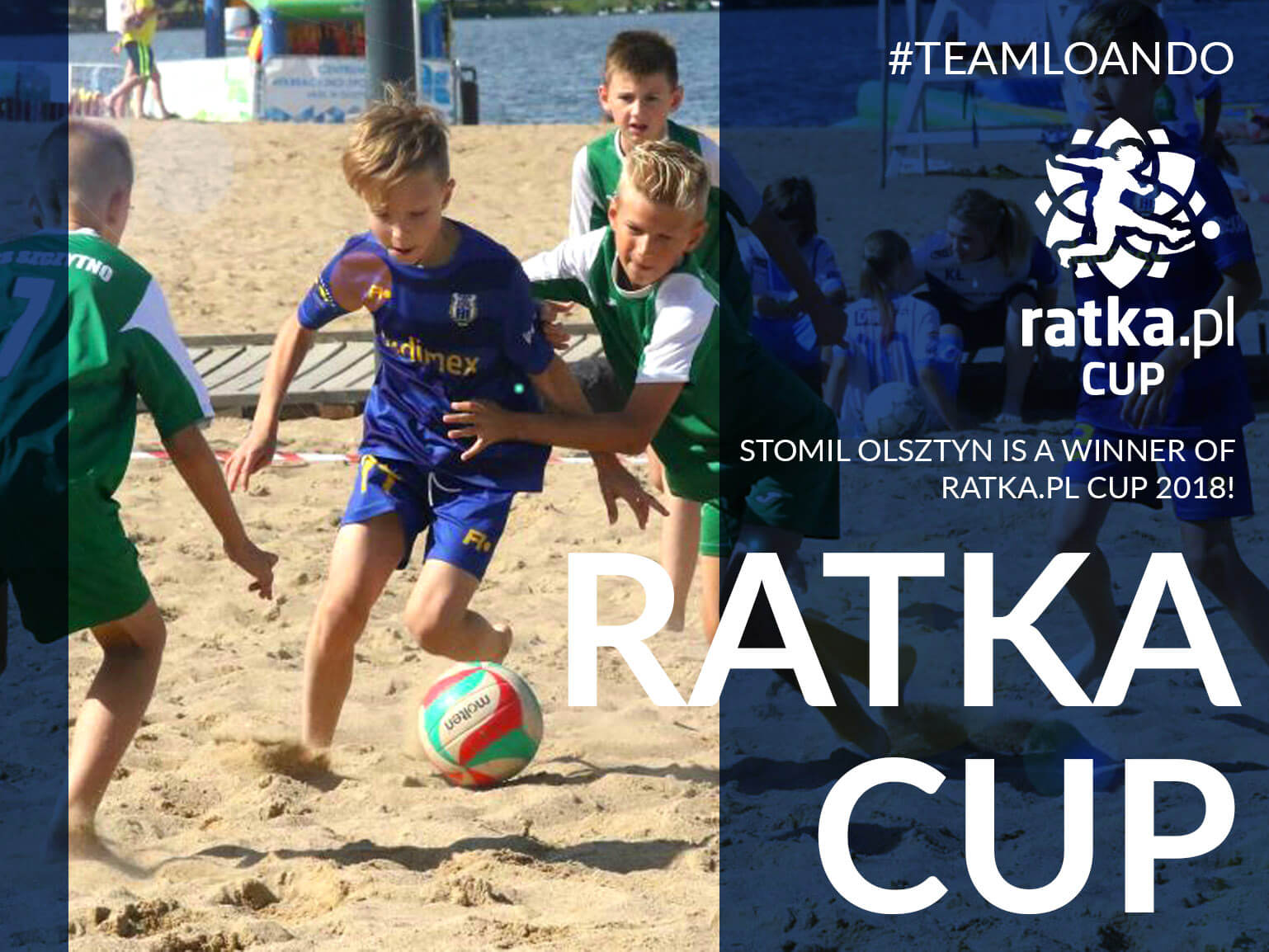 On 4 August it got really hot on the Ukiel Beach in Olsztyn. There were seven eight-player teams participating in the second edition of the beach soccer football tournament Ratka.pl Cup 2018. The female team of Stomil Olsztyn became the winner of this very fierce competition.

The second edition of Ratka.pl Cup attracted many fans of beach football to the Olsztyn city beach and a really big audience that was cheering for the competitors. Seven teams of eight players entered into the 6-hour tournament, which even included players from the year 2007.

Following sports clubs from Warmia and Mazury participated, among others, in the competition: Stomil Olsztyn, Progres Lidzbark Warmiński, GKS Gietrzwałd and Football Academy Szczytno. No doubt there was a lot to play for. This year, the prize in the tournament was a voucher for sports equipment worth PLN 500 and souvenirs from Stomil Olsztyn. The club was represented by three teams, the winner was the female section of Stomil Olsztyn.

Of course, the spectators did not miss the fun. Amateur competitions were organised for all those who were running parallel to the matches of the players. On the specially prepared pitch, it was possible to play under the supervision of professional trainers.

What is the Ratka.pl Cup?

Ratka.pl Cup is the annual beach football tournament organised by the LOANDO Group. Young players of both sexes who are members of sports clubs operating in the Warmian-Masurian Voivodeship can participate in the competition. The tournament promotes healthy lifestyle and active play. The rewards motivate participants to give their best.

Ratka.pl Cup 2018 was organised under the patronage of the Warmian-Masurian Football Association. The media promotion was supported by websites belonging to the LOANDO Group as well as Gazeta Olsztyńska, Radio Eska, stomil.olsztyn.pl and sport.egit.pl.